What’s in a Name? | Wish Farms Blog
Skip to content 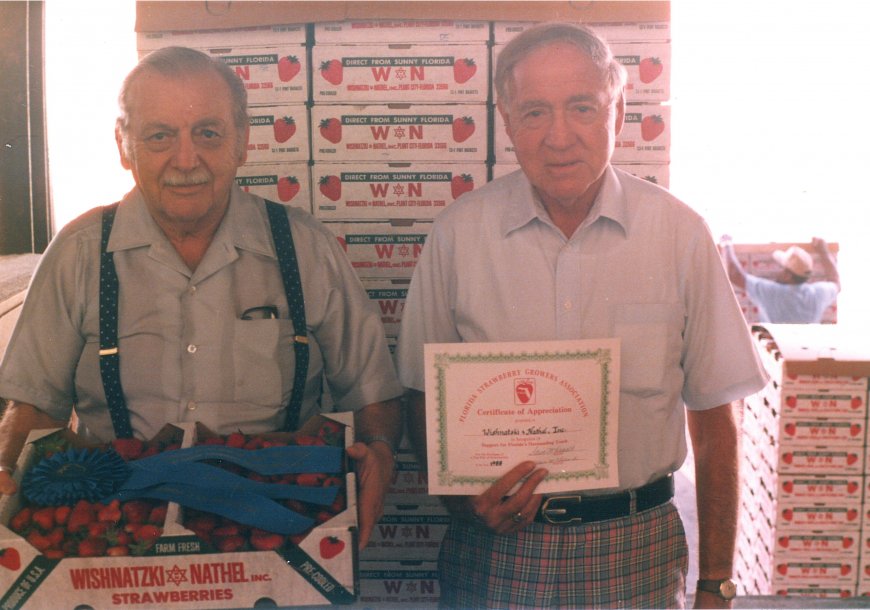 What’s in a Name?

Back in February 2021 when the move-in date to our new headquarters was rapidly approaching our CFO, Anthony Cunha, told me that he needed names for our conference rooms.  He wanted to get them to IT so they could set up the iPads and add the names to Outlook.  I didn’t have a lot of time to come up with ideas, but I knew this was a unique opportunity to do something cool.

I went through several different themes for naming the rooms.  I kicked some ideas around with Nick like naming them after berries or pixie related stuff.  After some deliberation, I decided that naming the rooms after past employees was the most appropriate nomenclature theme.

I started with the first floor conference room and named it “The Harris” after my grandfather and founder of the company.  It seemed appropriate especially since I had one of our tree carvings positioned so it is only visible from that room, “Harris 1922”.  When I came up with that carving thought, I didn’t have room names in mind.

Our Café is named “Cobey’s Café”.  Tom Cobey is my brother-in-law who worked for me for about 20 years.  He was the one that introduced Chuck Hollenkamp to the company.  Most of the best Tom stories center around food.  He loves to eat, as evidenced by the quote on the wall in the café’.  If we served lunch when he was working, he would have probably never retired.  If you haven’t yet read the Mr. Nippy story, in my blog,  it is well worth taking a look at.

“The Young Event Space” is the only room named after two people.  Lamar & Sheila Young were two trusted employees for many years.  Lamar took over as farm manager of G&D Farms in 1988.  He and Sheila lived in the house at the original farm location.  Shortly after he started Sheila went on the payroll helping with the farm’s HR needs.  When Lamar was ready to retire from the rigors of running a large farm, I talked him into taking a different role as our strawberry grower relations rep.  Sheila followed with taking a job as our receptionist and phone operator in Plant City.  They are people that I would trust with my life.

The conference room in the accounting office, “The Dot”, is named after Dorothy Duff a wonderful lady who was our accounting manager before we thought about hiring a CFO.  She had the fastest fingers on an adding machine that I have ever seen.  The little picture of the cat with the middle finger out was hers.  No one claimed it after her death, so I have kept it.  It will hang on the wall of The Dot.  Needless to say, she was a cat lover.  She used to feed stray cats at the Stearns warehouse.  The company bought the food, and it was expensed to pest control.  A little creative accounting was in play.

The phone room in the accounting area is the “The Don”.  It is named after Don Tracy.  Don managed our Webster packinghouse and when we weren’t packing there, he was a buyer, bird dog, and racetrack runner.  Every day he would collect employee wagers on the daily double and place the bets at whatever dog track was running.  One of the funny things about Tracy, or Trotsky, as my dad used to call him, was his ability to totally destroy the English language.  He would often mix up words that sounded similar.  I wish I could remember some his foibles, but they were hilarious.  There used to be a comedian Norm Crosby  that made a living doing that.

“Brownie’s Corner” honors John Brown.  He was the big red-headed guy that had a heart of gold.  He started out as an operations manager and later moved to sales.  If you want to hear some good John Brown stories, Chuck Hollenkamp has a few doozies.  But be cautioned that they are not all for mixed company.

The “Willard” is named after Willard Powell.  He was a foreman that ran our bell pepper packing line and oversaw the operation in the 1960’s and 70’s.  It was Willard who hired Lonnie Gonzalez and took him under his wing.  He was very protective of Lonnie.  Willard was a good man.  Willard’s wife Lillian worked in our office.  After Willard’s death, Lillian remained very close to Lonnie for many years.

I honored my Uncle Lester with naming the conference space between JC & me “The Lester”.  In Uncle Lester’s later years, he was always parked in my office quizzing me on markets and on the news of the day.  He had a lot of later years, living to 96.  His office in the Stearns building was also right next to mine, so it seems fitting to have the adjacent room named “The Lester”.

Last but not least is “The Joe”.  Most of you know that this large conference room on the 3rd floor is named after my father, Joe Wishnatzki.  I have written several blog posts with stories about him.  For the newer employees, you might want to dig some of those up.  He was certainly quite a unique character, but also a very good person.

Naming the rooms after ex-employees was an easy decision after having the idea come to me.  I really like the sound of the names too.  Every time I speak the name of a room, it brings back memories for me of that person.  Unfortunately, most current employees didn’t have the pleasure of knowing most of these folks.  However, they will all live on in the lore and the history of Wish Farms.