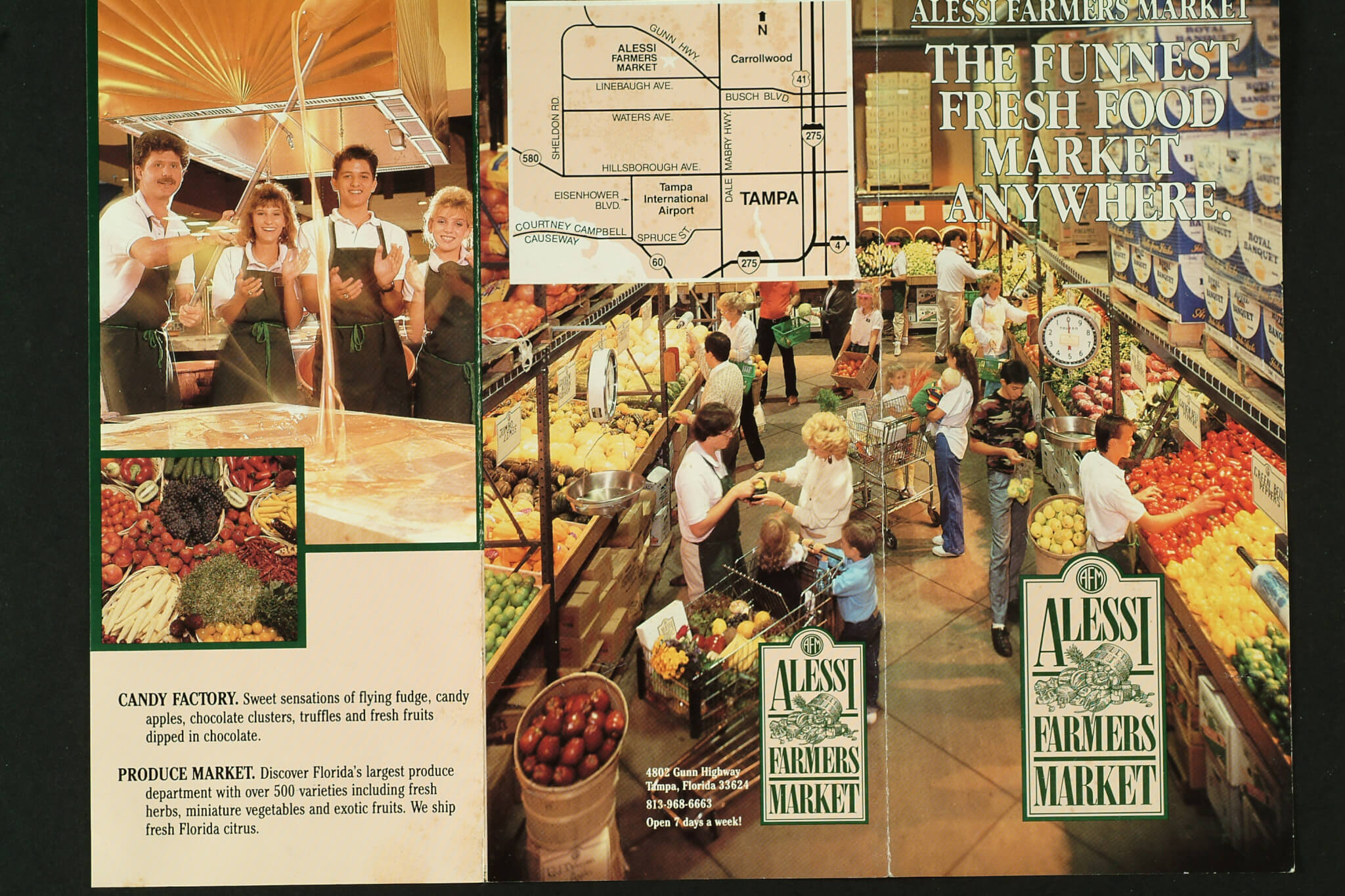 How to Save a Billion Dollars

It was back in 1987 that I opened a retail store in Tampa.  My partner was Phil Alessi.  The Alessi Farmers Market was an extravaganza of a store.  The year before the opening, I went to Phil Alessi to discuss an idea that I had for a retail farmer’s market.  My initial concept was to have a large building and lease out space to different fresh vendors.  I was looking to him, to open a bakery shop at the venue.  He liked the concept so much that he wanted to be involved in the whole project and operate the entire concept as one big mega-fresh store.  There has not been another store that has come close to what this store offered.  It was way ahead of its time in many areas.  Local people thought of this store as a tourist attraction.  When they had visitors come to town, they would bring them there to marvel at the circus atmosphere.

Numerous things that we introduced were later picked up by Publix and other retailers.  Publix and others incorporated into their stores many of our ideas.  Literally every day of the week there would be competitors in white shirts and ties touring our store, checking us out.  You will read later in this article about my simple phrase that has literally saved supermarkets billions of dollars.

To give you an idea about the magnitude of this store, here is a list of the departments within Alessi Farmer’s Market:

Deli Department complete with prepared foods and European display cases.  Both of those things had not been done before in this market.  We were way ahead of our time on that.  We were actually the first retail deli to carry Boar’s Head products.  Publix later picked up on the idea from us.  We had a massive cheese department.  At the time, supermarkets had nothing close to what we offered.

Fresh Homemade jams and jellies with a display production area.

Complete bakery department –  It was way more extensive than any supermarket before or since.

Honey Department – Glass enclosed live beehive in the center of the store with a tube to the ceiling for the bees to enter & exit.

Dry goods – We carried many new and exclusive products.  We had bulk nuts and dried fruits that were merchandised similar to what The Fresh Markets do today.  We were the first store in Tampa to introduce Altoids mints.

Wine – We had an extensive wine selection.  There was a sommelier on duty during peak times.

Coffee – We had a large display area of fresh roasted coffee beans.  We were grinding beans in the store.  This was unique at the time.

Fish Department – This was one of the main attractions.  We had a fish department that has never been duplicated.  There was always fresh local fish, but we also had fresh offerings from faraway places.  We would regularly bring in live Dungeness crabs, live Maine lobsters, and live blue crabs.  In the middle of the department was a large tank with live rainbow trout.

Gift Baskets – We assembled exotic gift baskets full of all of our products.  The holidays were crazy.  Therese ran this department and logged some very long hours.

Produce Department – I believe that we had close to 1,000 SKU’s.  A normal supermarket will typically have 250 – 300.  Publix got the idea of coring pineapples in the store from us.  We were also the first to offer packaged cut fruit.  Pine nuts were introduced at retail by us.  We carried every exotic fruit that we could find, from around the world.  I was obsessive about having items available that couldn’t be found anywhere else.

The supermarkets got plenty of ideas from us, but there is one nugget that they mined that is still paying massive dividends to this day.  The most profitable thing that Publix learned from their visits to my store was a simple phrase that I invented!  You will hear it every time you check out at any Publix store today.  Their staff has been trained to say this, just as I trained our staff.  They copied this phrase from me.  I have quizzed Publix employees and they verify to me that it is part of their training.  One cashier told me that she says it in her sleep.

When we first opened our store we used the standard question at checkout.  “Paper or plastic?”  When I saw the cost of paper bags versus plastic bags, I realized that there were huge savings, if we defaulted to plastic.  I trained all of our front end people to ask, “Is plastic okay?”

I am sure that Publix would have eventually come to this same conclusion on their own.  The fact remains that before Alessi Farmer’s Market, All you would hear at any store was “Paper or plastic?”  The fact that we were being visited by competitors more frequently than Justin Bieber gets retweeted just may be the reason they picked up on this idea.  Just saying!

I have some stories about AFM that I will share in upcoming posts.  I needed to first lay the groundwork, for those of you who have never heard about this store.  The store was only open 3 years, but oh the stories that I can tell!

We are headed for great things, if plastic is okay.