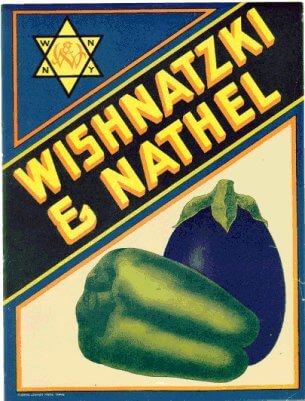 They were known as the Lakeland Sisters.   I was first introduced to the trio in the spring of 1974, my first year in the produce business.

I was working under one of Wishnatzki & Nathel’s packinghouse foremen, Willard Powell.  Willard ran the bell pepper line and he would also handle some of the cash sales.  His customers were mostly fruit stand operators and peddlers that would buy relatively small quantities, by the bushel.  In the spring, we had a wide variety of vegetables to offer.   We operated out of an old wooden platform building, that we rented from the Seaboard Coastline Railroad.

In my first few encounter with the Lakeland Sisters, I was basically in a support role for Mr. Powell.  He took their order and he then directed me where to go with my hand-truck to pick the items they needed.  After a few weeks of assisting him, Willard thought I was ready to be their salesman.  He turned them over to me and they became my first customer(s).  I welcomed the chance to take care of them and to begin my career in sales.

The sisters usually came just before the weekend to fill their stand.  They would drive up, all sitting side-by-side, on the bench seat of their older model pick-up truck.  They always arrived in a good mood, with smiles on their faces.  Their spokesperson was Shirley, but the other 2 sisters, Dorothy and Erma, were always heavily involved in the buying decisions.  They certainly must have had a high class clientele, because they only wanted the best.  Their price negotiations were not nearly as tough as their quality inspections.

When the Sisters pulled up, you knew that you were in for a workout and there would be a good amount of time taken up servicing them.  They would fill the back of their pickup, but I don’t remember them ever buying more than 2 boxes of anything.  In the spring, our 100-yard platform would be stacked up with vegetables, from one end to the other.  Cucumbers would be at the far north side and okra would be lined up next to the eggplant at the south end of the building.  Bell pepper might be stored in one of the cold boxes along with a number of other items.  There were times when the back porch and the front porch of the shed had vegetables piled from one end to the other.  A typical order from the sisters would include a smorgasbord of what we had to offer.  It would’ve looked something like this;

Gathering the order was not the hard part, although it was time consuming going from one end of the building to the other to find what they wanted.  The sisters carefully inspected every box they loaded.  I remember one spring day they had on their list 1 box of fancy yellow squash.  I brought them out a bushel and it did not pass their inspection.  I wheeled it back to the cooler to look for another.  I opened several boxes before finding one that I thought they would like.  I presented it to them and then after digging through it, they looked at each other.  Shirley asked if I would kindly try to find a better one.  “No problem.”  I replied.  This went on a couple of more times.  Each time they would wince and describe what they didn’t like about it either being too big, too small, or not nicely shaped.  At last, after about 6 attempts of trying to please them, I found, what I thought was, the perfect box of yellow squash.  This was the best looking yellow squash that I had seen, in my short career.  The squash looked like soldiers lined up.  They were perfectly sized, shiny, clean, and free of blemishes.  This bushel said good morning to you, when you opened it.  I was thinking to myself, there is nothing that they can possibly find wrong with this box.

After their customary thorough inspection, the sisters conferred and then Shirley looked up to the loading dock, where I was standing.  “This one is beautiful.”

I was thrilled that I had finally found the needle in the haystack.

Then she uttered the words, “Can you find us another one just like it?”

So that is how I started my career in sales.  Willard was a sly old dog.  He seized an opportunity to pass on our fussiest customers to the new guy.  I thought it was actually fun and a challenge.  The Lakeland Sisters could not have been nicer.  They were tough customers, but they always paid cash and were very loyal.

Before writing this story I called Ronnie Hand, Shirley’s son.  He buys berries from us, to this day.  Ronnie is also a quality buyer and has expanded the family business, quite a bit.  I am happy to report that all three sisters are alive and well.  These days, Shirley helps out Ronnie at his fruit stand at 802 N. Combee Road, in Lakeland, Florida.  I understand that she has a great recipe for salsa that she makes and sells there.  If you are ever in the neighborhood, you should check it out.

We are headed for great things, as long as we pick the good ones!